TaCo and Vizir: Authoring and Operating Automation on Airport with a Visual Language 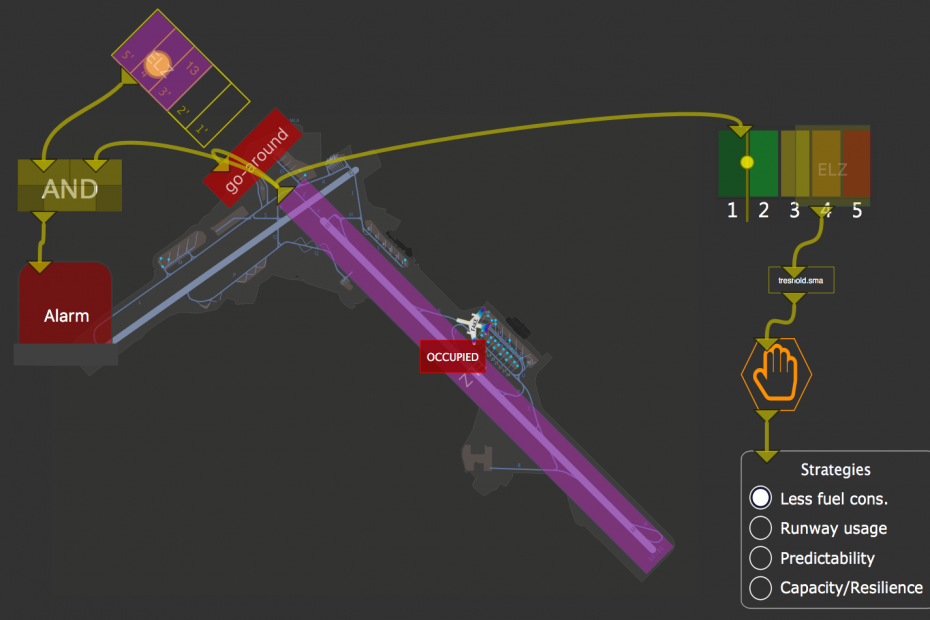 TaCo is a SESAR JU project that aims to define an automated system able to both support ground and tower controllers’ tasks in airport operations and assess its own ability to deal with non-nominal conditions.

During the project, we collaborated with DeepBlue and MATS to create new solutions usable by air traffic controller. One of the outcome is a configurable Departure Manager that can check the given constraints from the ATCOs and suggest the best possible solution for the departure sequence. If no solution can be found given the settings, the user interface suggest possible changes to facilitate the discovery of an effective solution.

Vizir is a Domain-Specific Graphical Language and an Environment for authoring and operating airport automations. We used a participatory-design process with Air Traffic Controllers to gather requirements for Vizir and to design its features. Vizir combines visual interaction- oriented programming constructs with activity-related geographic areas and events. Vizir also offers explicit human-control constructs, graphical substrates and means to scale-up with multiple automations. We propose a set of guidelines to inspire designers of usable hybrid human-automation systems.